Eastern Suburbs Banksia Scrub (ESBS) is a nationally and state-listed Endangered Ecological scrub and heath vegetation community confined to deep, wind formed sand deposits in the coastal suburbs of Sydney. Thought to have originally covered over 5,300 hectares it is now reduced to less than 145 hectares on about 24 sites, a loss of more than 97 %.

The Manly area (in the north of its range)has 69ha of ESBS being approx. 47% of the total ESBS in existence. Approx. 70% of the North Head remnant occurs on the site of the former School of Artillery that was transferred from the Department of Defence to the Sydney Harbour Federation Trust (SHFT) in 2001. The adjoining lands associated with the North Fort Artillery Museum were transferred to SHFT in 2010. The whole site is now referred to as ‘North Head Sanctuary’. The remaining 30% of ESBS is located within the adjoining Sydney Harbour National Park managed by NPWS (NSW Office of Environment and Heritage).

North Head contains a significant number of rare, vulnerable and endangered species and an endangered population of the Long-nosed Bandicoot – and is a trial site for the reintroduction of the native bush rat Rattus fuscipes by the University of Sydney in August 2011.

Site Description: North Head ESBS shows marked variation in floristics and vegetation structure due to various factors including aspect, wind and salt exposure, soil moisture and drainage, and its history of disturbance from large-scale mechanical clearing and its development as a military site.

One concern is the reduction in species diversity and dominance of the native species coastal ti-tree (Leptospermum laevigatum) which occurs in dense stands particularly adjacent to road edges and built areas.  This appears to be a function of altered fire regimes, particularly the long exclusion of fire.

Fire history and management: As much of the ESBS at North Head has not burnt for more than 30 years, the ESBS Recovery Plan proposes a fire regime with a desirable fire frequency of 8 to 15 years (and no more than 30 years). Between 2003 and 2005, the NPWS carried out two prescribed burns over 10 Ha each, in Sydney Harbour National Park at Bluefish Point (near the Shelley Beach track) and near the Quarantine Station. Three burns were carried out in Sept 2012 totalling 4 Ha. Monitoring has been carried out since. (See Figs 1 and 2.).

Interesting regeneration results after selective thinning. Following the departure of the military from the Third Quarantine Cemetery, a nationally listed cultural heritage site (1881-1925), ESBS had regenerated in the cemetery, producing a high fuel load around the heritage graves.

Fuel management has included selective manual removal of vegetation from the cemetery. Over time, taller shrub species such as Coast Wattle (Acacia longifolia var. sophorae) and Coast Ti-Tree have been selectively removed. This has allowed a highly diverse range of ESBS smaller-growing species to thrive. The species diversity stands in direct contrast to the untreated dense stands of Leptospermum laevigatum growing adjacent to the cemetery. (Figure 3)

Further Site Regeneration: There has been ongoing bush regeneration over the years with contractor reports dating back to the 1980s when Defence managed the site. More recent works will be highlighted in a presentation on this project at AABR’s seminar on Oct 3rd, 2013. 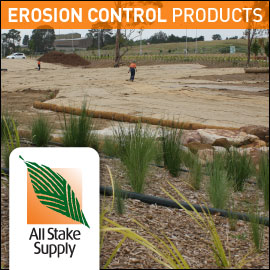 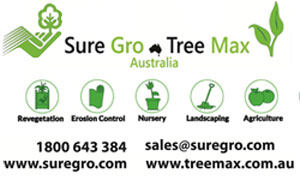